In Chicago, we have a set of billboards that probably 99.9% of our inhabitants recognize. On them, former Chicago Bear football player Brian Urlacher flaunts his full head of hair, which he supposedly got thanks to a hair regrowth system called Restore.

The billboards are simple — but genius. Most of them are just larger-than-life close-ups of Urlacher and a quote like “Breaking Bald,” “Hair-lacher,” or “It’s Grow Time!”

I mean, seriously. If they weren’t so effective, I’d say they’re ridiculous. But they’re memorable, and the company has a waiting list longer than ever for procedures that bring in around $10,000 on average.

While the Urlacher-Restore partnership has flourished in the billboard industry, that’s not necessarily a guarantee they’re always an effective form of advertisement. And that also doesn’t mean they align with a hospital’s marketing goals.

Billboards can be seen as somewhat dated — and they may go ignored by potential patients.

With online ads at an all-time high, billboards are a big question mark for many hospitals. But while they may seem outdated at first, billboards can also have a certain charm and effectiveness that electronic forms of advertisement lack.

Here’s a look at hospital billboard advertising — and whether it’s old school or still cool.

An Overview Of The Billboard

Billboards date way back to the Egyptians, who publicized their laws and treaties on tall stone obelisks.

Fast forward a few thousand years, and you get the traditional billboard, which is kind of like a really big poster on the side of the road. Americans have been taking advantage of roadside advertising since the 1830s, when they often displayed the ongoings of the circus.

Over the years, there have been plenty of changes, from size restrictions to flashy digitization. For example, some hospitals are now posting live wait times on billboards to display their efficiency (which competing hospitals are snarkily reacting to by posting statements like “We’re more than just fast”).

Part of the reason these advertisements became so popular is that they’re pretty hard to ignore. This is because Americans drive — a lot. We’re fans of the vehicle and always have been. And what else is there to do on the boring old highway other than check out the billboards?

The average American spends about 51 minutes driving each day, often covering over 30 miles.

Not only do Americans spend a lot of time in their cars, but they also notice billboards when they have the time to think about the roadside ads they see. Over two-thirds of Americans make their shopping decisions while they’re — you guessed it — in the car.

That’s a lot of Americans — and potential patients — with the time to think about the hospital they trust with their health and livelihood. What’s more, it seems like billboards are effective in bringing the big bucks.

Apple, the top billboard advertising company, is among the many tech companies that choose to advertise on billboards. And I think we can agree that they’re pretty successful. In fact, In December 2019, Apple topped all public companies with its worth of $1.3 trillion.

But Are Billboards Safe?

It might seem obvious that billboards could distract drivers and lead to more accidents. But surprisingly, the jury is out. Some say that they are distracting and dangerous, while others say they are mildly distracting but not really that dangerous. There was even a recent Australian study that says billboards are actually improving driving — potentially reducing lane drifting (apparently because the billboards catch drivers’ eyes, forcing them to look at the road instead of the radios or their phones).

The Hospital Billboard: Effective Or Cheesy?

The history and usage of billboards is one thing — but the question still remains if hospitals should be using them for their marketing campaigns. How might they potentially bring in new patients? And how might they falter in that very same goal?

To decide that, let’s take a look at some of the pros and cons of billboard advertising, which include:

Some cons of billboards include:

Just like any other form of advertising, hospital billboards have some draws — and some drawbacks. In order for them to be effective, they require a purposeful marketing strategy, including a well-thought-out location, a memorable message, and maybe a new ad every once in a while.

Perhaps the best thing about hospital billboards is that they’re unavoidable. If a potential patient is driving on the highway, their eyes will (hopefully) be open. They may only notice your hospital’s billboard for a moment — but that’s all it takes to bring in a new patient.

Looking to improve your hospital’s marketing game? We can help! 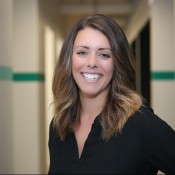 Patients Vs. Consumers: Why The Word Doesn’t Matter — But The Argument Does

There’s nothing that gets my blood pressure going like calling the cable company. Chock-full of scripted apologies, sales pitches, and roundabout conversations, the customer service…

Crisis Management 101 In The Healthcare Space: Is Your Organization Prepared?

Clean, orderly, and efficient — these are just a few of the words that probably come to mind when you think of the healthcare setting….

7 Stats That Will Change How You Write Headlines

If a tree falls in a forest, does it make a sound? You’ve heard that question. And it rings true for your healthcare organization’s web…